Ulloa Pazo: Also known as "The House of Pazos" or "Quintanilla Pazo". It was built on the site occupied by the old home of Lope Sanchez de Ulloa by his daughter María Sánchez de Ulloa, being the residence of their sons, Diego de Acevedo, military, and Alonso de Fonseca III, archbishop of Santiago and Toledo and one of the initiators of the University of Santiago de Compostela.

The building underwent several renovations throughout the years, made ​​by the various owners as the House of Alba and the Marquis de Riestra.

Of note is the coat of arms, as it has the peculiarity of being tilted, it appear the Acevedo family lineages, the Ulloa, Fonseca and Castro.

Against this Pazo you can see a "stone cross". 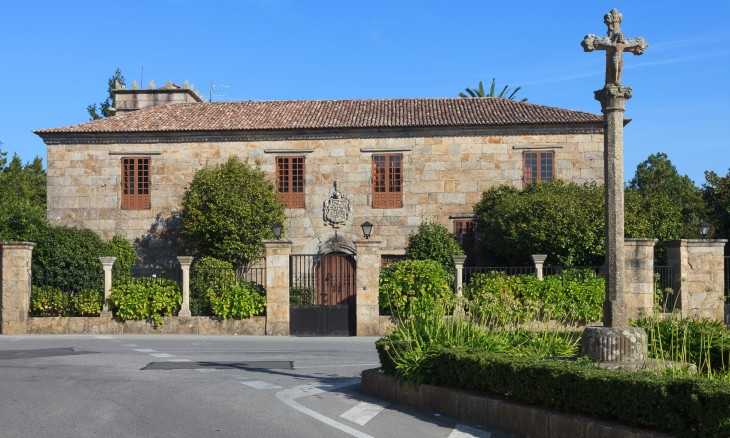